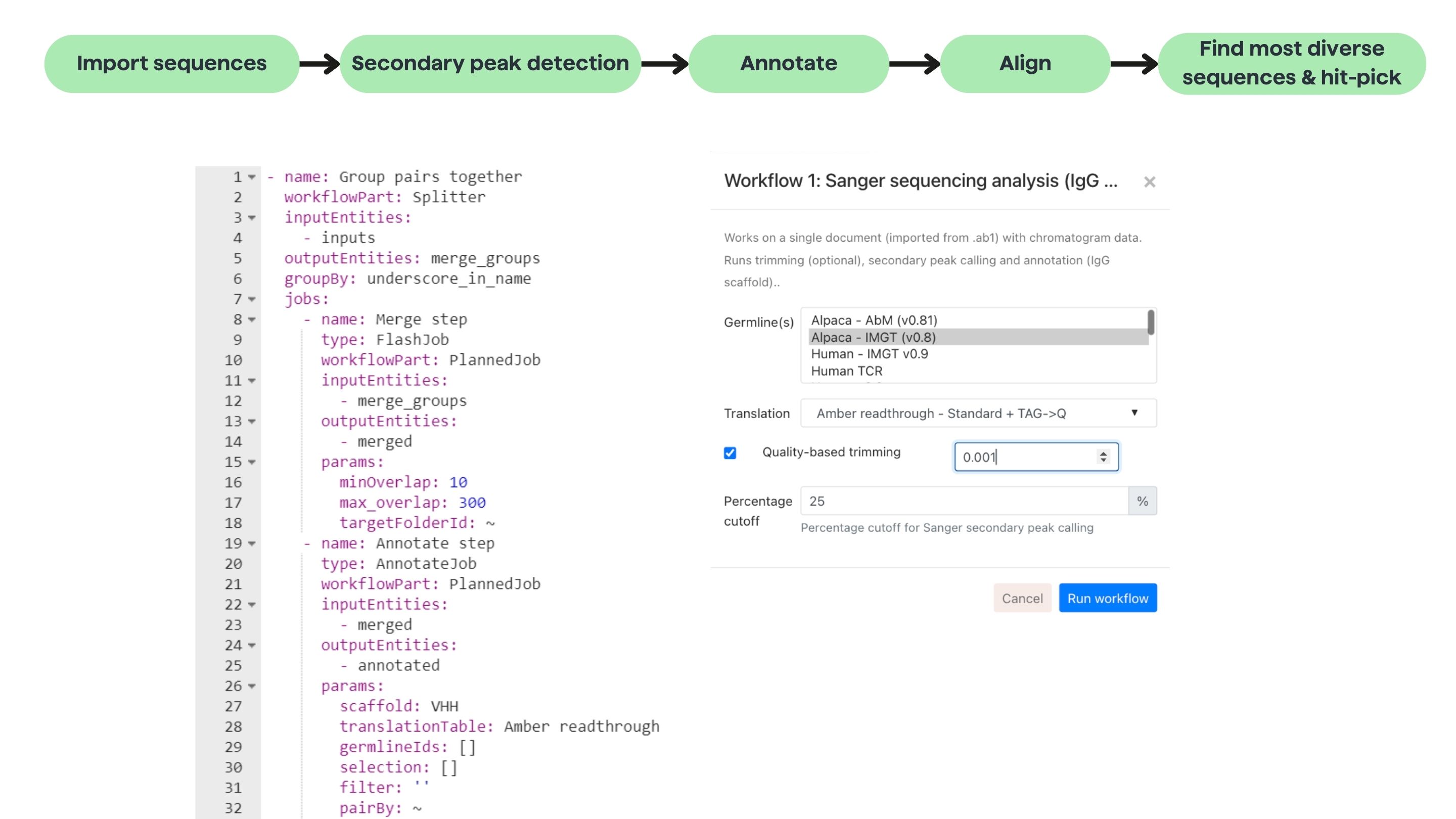 An overview of Sanger tools and workflows on PipeBio

Sanger sequencing has been routinely used to characterize immune cell populations and analyze antibody repertoires for more than twenty years. Despite the development of new NGS methods such as Illumina sequencing or microfluidic systems, Sanger sequencing still remains relevant and in wide use for its high accuracy and longer DNA sequence reads.

PipeBio offers a wide range of built-in tools for analyzing and editing Sanger data. Once the DNA sequences are imported into the platform, the user can choose from a variety of options to examine the Sanger reads, including quality control (QC), secondary peak detection, annotation, clustering and alignment, among others.

In order to automate repetitive tasks when analyzing large volumes of Sanger data, our customers are able to run fully configurable workflows that connect tools together for an optimized and repeatable analysis of the data. Here we showcase some of the most useful tools in our Sanger sequencing analysis workflow using VHH sequences from alpaca.

Heterozygote base calls or secondary peaks might appear in Sanger reads after sequencing a PCR product derived from diploid DNA with polymorphic positions or SNPs, resulting in a double fluorescence peak in the chromatogram.

Thus, the first step in the workflow performs secondary peak calling to correct mixed clones in the dataset using the desired parameters. This tool identifies double peaks in the sequences and annotates them accordingly, providing information about which nucleotides were detected and at which percentage in a given position.

You can move through each individual secondary peak using the navigation tools on the right-hand side panel. Moreover, it is possible to manually edit the sequence to correct wrong base calls by replacing the erroneous nucleotide with the desired one.

Sequence clustering is useful when handling large amounts of data in order to reduce the number of sequences to consider for further analyses, avoid data redundancy and group similar sequences into families sharing functional characteristics.

PipeBio offers a powerful tool for clustering Sanger sequences and it is also integrated in this automated workflow. In this example we cluster our reads on the CDR-H3 region using a 85% identify cutoff. The algorithm identifies different clusters in our data and also choses one single sequence to represent each cluster.

After clustering, we have configured the workflow to extract the IgG-H region of the most representative sequence of each cluster and perform an alignment of the full sequence. If we sort the sequences by the cluster ID we can display the phylogenetic tree next to the aligned sequences. Sorting lets us observe how the different families of sequences group together in the tree. We can manually assign different labels to each sequence for better visualization of the data.

Another option in our Sanger sequencing analysis workflow is to perform an alignment based on sequence diversity that reduces the amount of sequences in our dataset to a smaller, yet diverse subset. The tool calculates a distance between the selected regions of the sequences based on the ScoreDist method and ranks them in terms of the amount of diversity they represent. The alignment-based diversity analysis tool also outputs a phylogenetic tree based on the calculated distance between the sequences on the selected regions.

The assembly of Sanger reads in order to construct a longer consensus sequence is often desired. This would be the case when individual Sanger reads have low sequencing quality and need to be assembled into a longer high-quality contig. Another example where assembly is necessary is when sequencing scFvs, where the length of the sequence can’t be covered by a single read. ScFv sequencing is often done from both ends, and assembly of the forward and reverse reads is required to obtain the full length scFv sequence.

Depending on the type of imported data, assembly of Sanger reads can be incorporated as a first step of the workflow to achieve a longer consensus sequence.

In this article we have summarized some of the most useful tools designed to analyze Sanger reads on our platform – and PipeBio has a lot more to offer. The PipeBio platform has been carefully designed to help scientists run powerful bioinformatic analysis in a simple, intuitive and interactive way. We are also constantly developing new tools adapted to our customer needs.

Start a free trial today and try the Sanger sequencing analysis workflow or explore the rest of the platform.

Want to improve you Sanger workflow?

Get started for free 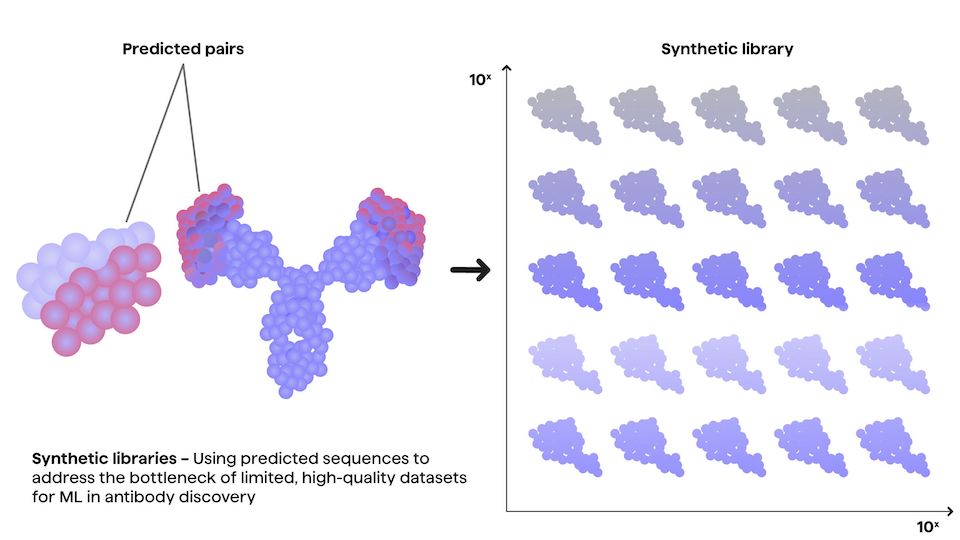 In silico and in vitro methods, data, and machine learning approaches in antibody discovery and engineering research. 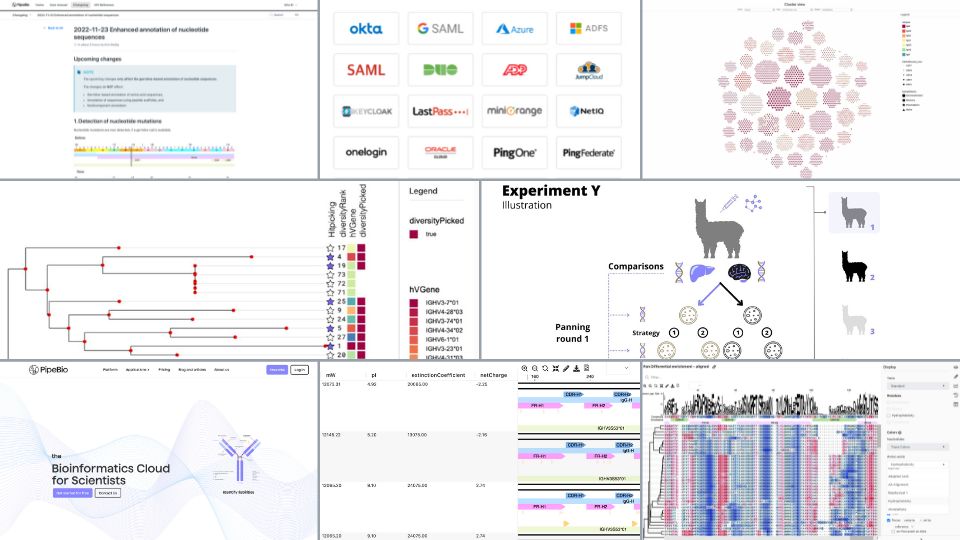 Year in review – Features and updates during 2022 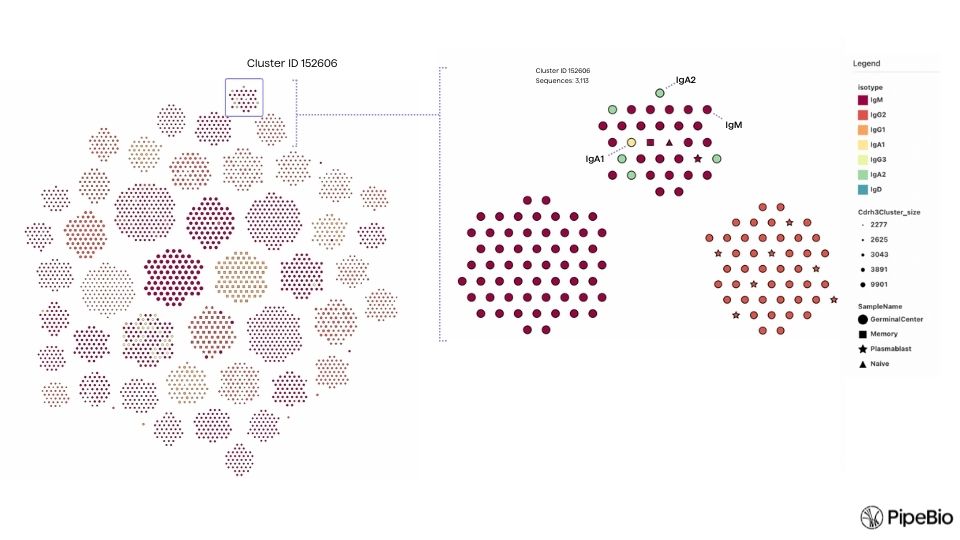 Company and product
All articles